Roger Hawkins recently competed in the Morocco Desert Challenge with a Nomad 701 and wrote a report which gives a fascinating insight into what it's like to ride an 8 day rally with stages of 300-500 km per day. No liaison bits, just full on racing for 8 days straight… With Roger's permission we publish his report.

The trip meter calculates your distance travelled during the day, this is used in association with the Roadbook to determine at what kilometer to take the next junction (instructions in the roadbook), the trip meter has the ability to adjust your total kilometers up or down, a necessity if you take a wrong turn and have to backtrack to your last known correct point in the Roadbook.

The GPS unit has several functions. It displays waypoints, warns other competitors if you are crashed over the other side of a sand dune, and warns you of overtaking rally cars or race trucks. In the race the GPS confirms you are on the correct route, but only once you are within the 300 meter perimeter of a waypoint. There are days when you feel that the last few instructions in the Roadbook do not tally with what you are seeing on the ground, but just as you think you must of taken a wrong turn, there is the feeling of elation when the GPS unit becomes active confirming you are indeed on course! It can really lift your spirits.The skill is to read the printed directions in the roadbook correctly, while riding as fast as you can.

When the GPS unit displays a race truck or car is overtaking, the sentinel fitted to our bike (loud horn) is activated by the navigator in the rapidly approaching race truck or car. This gives the motorbike rider an opportunity to ride off the track, which is the safest option, the cars and trucks can be travelling at 160km an hour across very rough pistes. They are an awesome sight to see.

Finally the Irritrack unit is a robust blue metal box that tracks your location throughout the race and has features like notifying race control should you crash (rapid deceleration). It also gives the rider the ability to call race control or call in medical help or report mechanical failure.

All these items weigh a couple of extra kgs and are attached to the navigation tower along with a lot of additional wiring and ariels for GPS reception.

Ready to race
Now that you have all the equipment attached, you're ready to start the rally! Below is my summary of my race week. I'm pleased to say the Nomad-ADV navigation tower performed as I had hoped, and despite receiving a pretty tough workout during the week it gave me no issues during the rally. What I liked most was the natural stability of the bike during the race, which did not feel compromised by the additional weight of the tower and rally electronics. Very impressed.

One notable day was riding in the sand dunes of Merzouga. In the space of an hour, with the high mid day sun making it almost impossible to see the rises and falls of the dunes, I went over the handlebars twenty times. The navigation tower withstood it all.​ 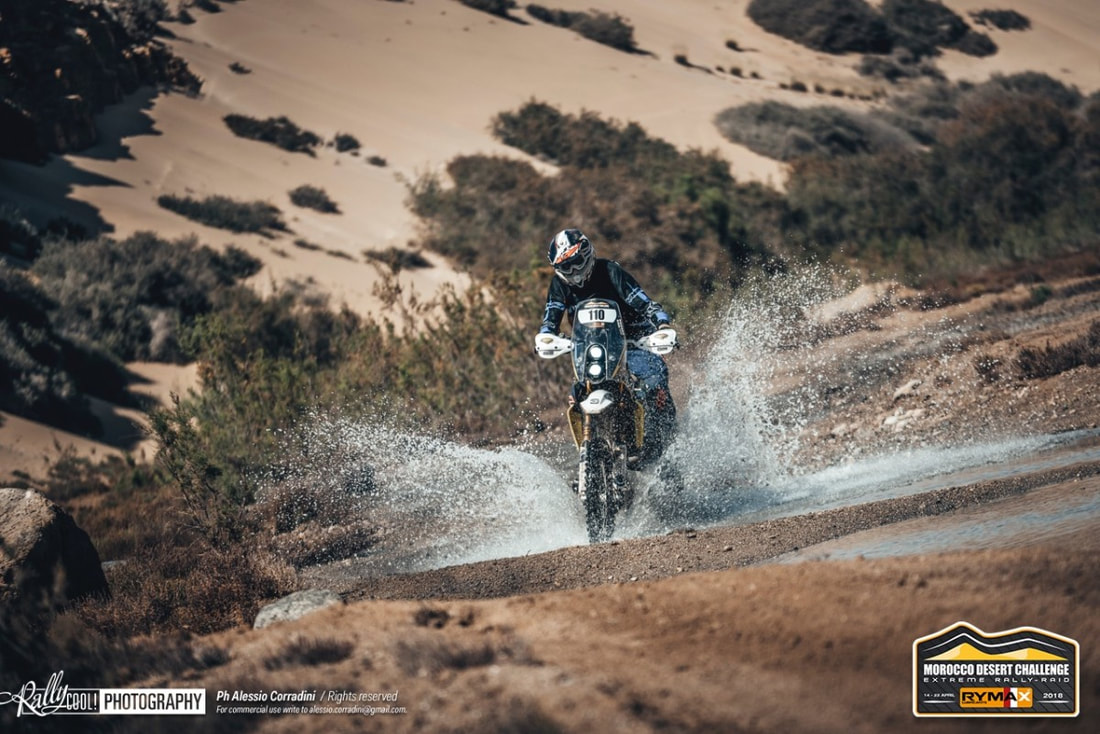 Day 6: Merzouga to Boudnib 275 km
Smashed it today, riding like the star that I know I am, in my own mind…
Great day apart from a few hairy moments when a big red race truck storms past at elbow distance, then pulls hard to the right just in front of me, flicks the steering wheel to the left and showers me in stones… Found out later that day other competitors have had similar incidences with the same truck at previous rallies…​
And that's it Morocco Desert Challenge 2018 done! Came in 12th overall and 2nd in class. Could have been better if I hadn't got lost and ran out of fuel earlier in the week, but with an 8 day rally over 2000 km long there is always an if, but or maybe, The Morocco Desert Challenge was a slow burner but I was loving the race by midweek. 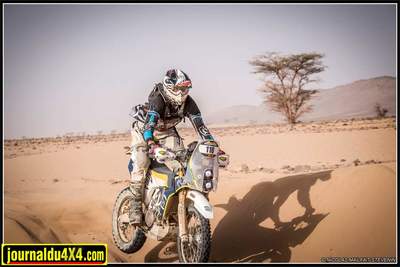 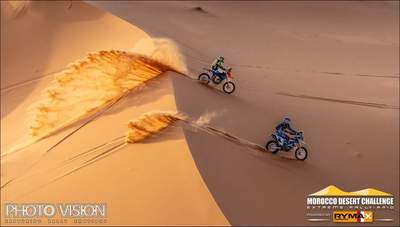 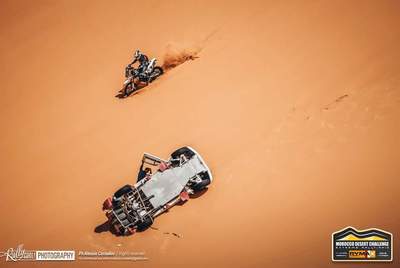 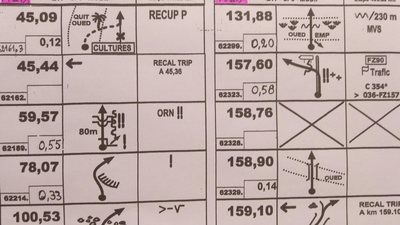 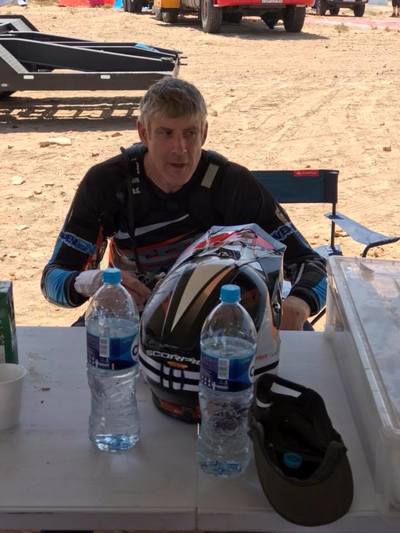 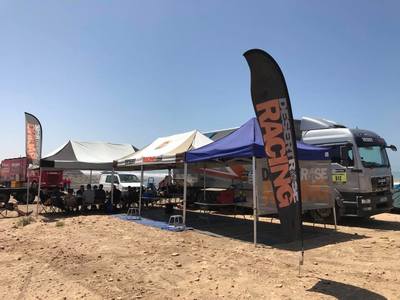 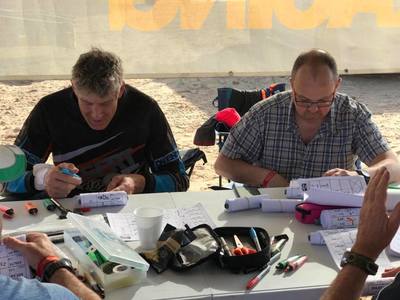 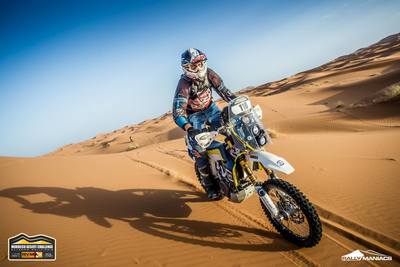 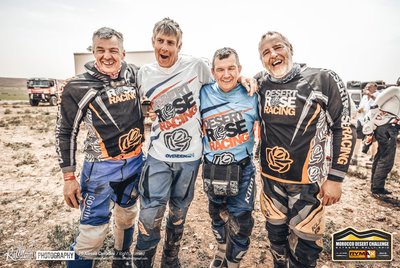 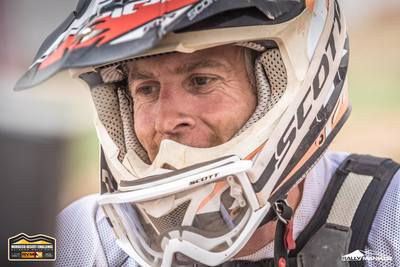 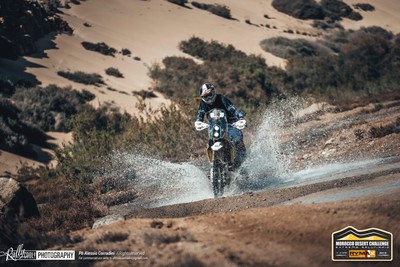 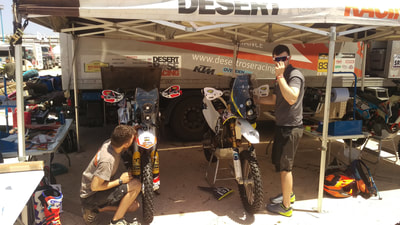 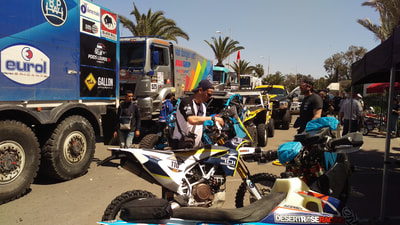 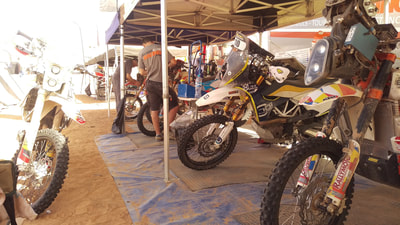 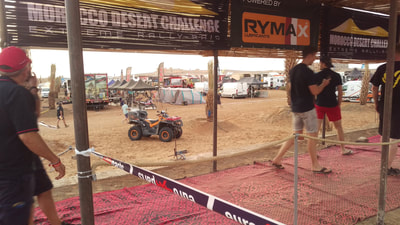 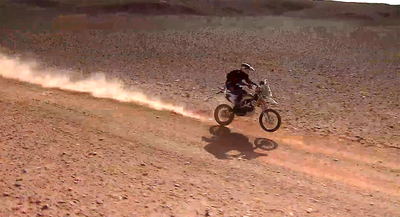 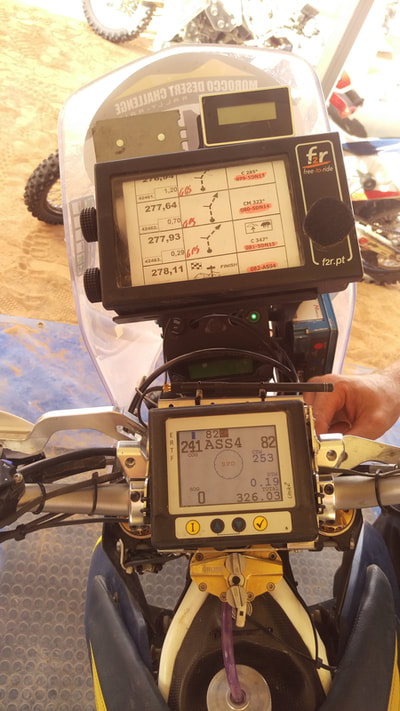 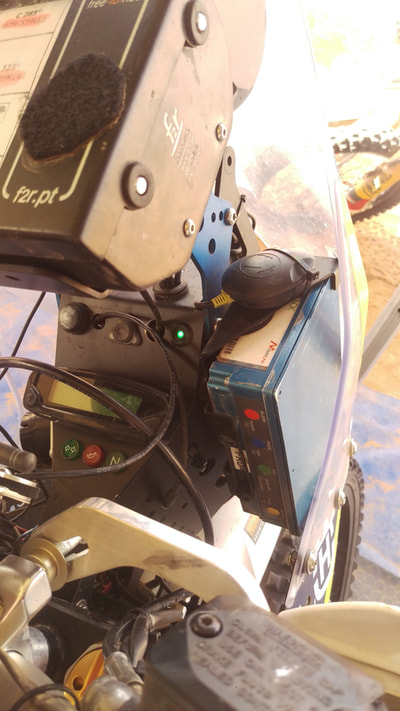 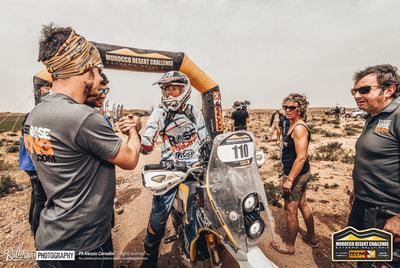 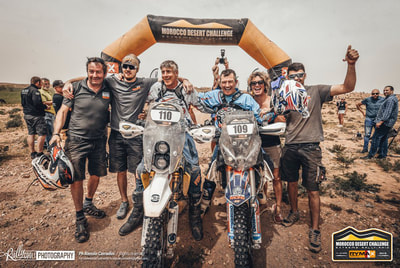 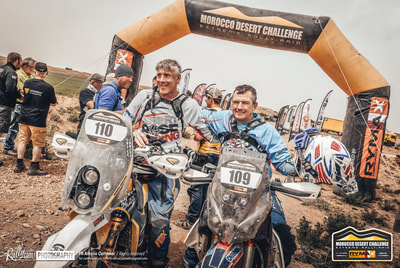 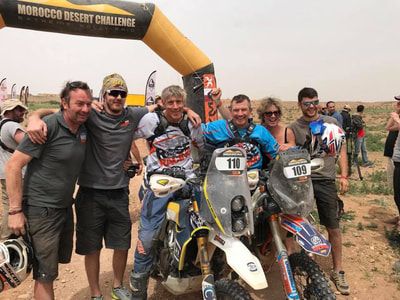